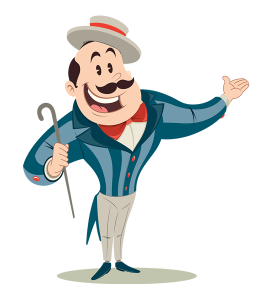 Ben is a marketing veteran who has worked at the forefront of brand promotions for over a century. Early in his career he worked the carnival circuit from Coney Island, to Atlantic City, to the Santa Monica Pier, and even North of the border at the famous Crystal Beach Amusement Park in Fort Erie, Canada. During his Vaudeville days he could often be found on 42nd Street and Broadway or down at MGM Studios. (Until that one day he had a bad run in with Louis B. Mayer. But don’t ask him about that. It’s a bit of a sore spot.)

Ben has always stayed ahead of the curve and has a knack for not only changing with the times but shaping them. Towards the 1960s, Ben took his branding know-how to the big Madison Avenue advertising agencies and later to daytime and late night talk shows in the 1980s. Now, he’s hanging his hat where the action is once again–in social media. Ben is known for his clever charm and witty banter and has been capturing the attention of guests of all ages for over ten decades.

When Ben isn’t brand barking, he enjoys putting his feet up while listening to a good radio broadcast and drinking an ice cold sarsaparilla. 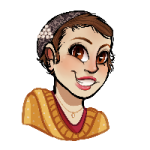 Mandi Gould is the founder of Barker Social.

As of October 1st, 2021 Mandi is moving on to a new and exciting project. But you’ll find yourself in extremely capable hands with Laura and Jill!

Connect with Mandi on LinkedIn 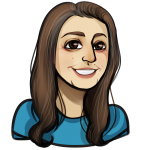 Laura’s been working with bloggers since 2006 and has been honing her social media skills since the first social networks began to take hold. Over the years, she’s worked with several successful niche blogs that she’s turned into income sources through advertising and sponsored posts. Her research and management skills paired with writing and translation expertise make Laura an unstoppable part of the Barker Social team. She finds the work that she does very gratifying and is 120% dedicated to the success of Barker Social’s clients.

Laura lives only 15 minutes away from the the beautiful ocean views of Portugal. When she’s not at her computer, you’ll find her enjoying the fresh breeze from the sea.

Jill is the natural “eye” on the Barker Social team. She has both a discerning eye for beautiful graphics and a hawk-eyed attentiveness for grammar and editing, making her a double threat of graphic design and copy editing prowess. Jill’s background includes writing novels, scary stories, movie scripts, and radio mysteries, and creating newsletters and comic strips. She even got a call from Ben Wicks to encourage her to keep pressing on! Jill has a BA in Studies in Arts + Culture and a Post-Graduate Certificate in Event Management.

Jill enjoys illustration and drawing–particularly children’s illustration, hiking with her dachshund, Lemon, biking along the lake, traveling, and collecting and amassing books… and reading them too! 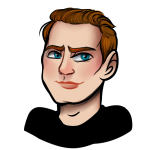 Jonathan is a passionate believer in the power of words. After spending his 20s in the world of theatre and getting his Masters in Musical Theatre, his honed communication and writing skills, making himself a copywriting machine! Over the last few years, he’s written for clients across multiple industries, including medical, business, real estate, food, personal training, and much more. Whatever your copywriting need, Jono can fill it with a smile. A nighthawk by nature, he works, writes, and probably drives his neighbours half-crazy by singing at all hours.

Originally from Nova Scotia, Jonathan now happily lives in Toronto where he’s been for the last 10 years. Home sweet home! 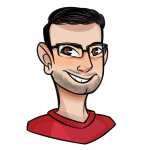 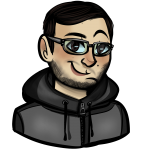 Jay is unique in that he brings both a technical and a creative presence to Barker Social. He can fix any WordPress problem, but he also knows how to think outside the box to find beautiful ways to showcase your brand. He works with businesses of all sizes to fix WordPress problems quickly and efficiently and he’s full of ideas to make your brand grow. Jay goes beyond being either a designer or a web developers. He is prepared to offer clients total support throughout the promotion of their products and services, both through Barker Social and through our partner firm, Zambrano Digital.

Jay lives in beautiful Colombia and when he isn’t behind the computer, he’s dreaming about his next travel adventure.